Back in stock notification Close

Find out about the author
Advice

Omega 3 fatty acids are important for brain, heart and eye health, but are not always easy to get from your diet. Dr Sarah Brewer explores the benefits of omega 3, how to get enough from food and whether you should consider a supplement.

Omega 3s are an important type of polyunsaturated fatty acid that come in a variety of sizes with different chain lengths. The shortest omega 3, known as alpha-linolenic acid (ALA) is classed as an essential fatty acid: our cells cannot make it, so we must get it from our diet.

The long-chain omega 3s, DHA and EPA, are equally important for health but are not classed as essential, as you can convert a small amount of ALA to EPA and DHA if conditions are right.

In reality, however, this conversion is inefficient, with only 5% to 10% of dietary ALA converted to DHA. For this reason, these two long-chain fatty acids are often described as essential, too.1

A study suggests that only 20% of the Australian population meets the recommended omega 3 intake.2

The richest dietary source of omega 3 is oily fish (e.g. salmon, mackerel, sardines, herring), which derive them from the plankton they eat. As a result, wild salmon have consistently higher proportions of beneficial, long-chain omega 3 (20-40%) compared with farmed fish (9-26%).3

Some omega 3 is also found in grass-fed wild game meats such as venison and buffalo as well as eggs – especially if the hens' feed is enriched with omega 3 – and some fortified foods. Vegan and vegetarian sources of omega 3 include nuts (especially walnuts), flaxseed and its oil, rapeseed oil, hemp seed oil and certain marine algae, from which omega 3 fatty acids are extracted to make food supplements. 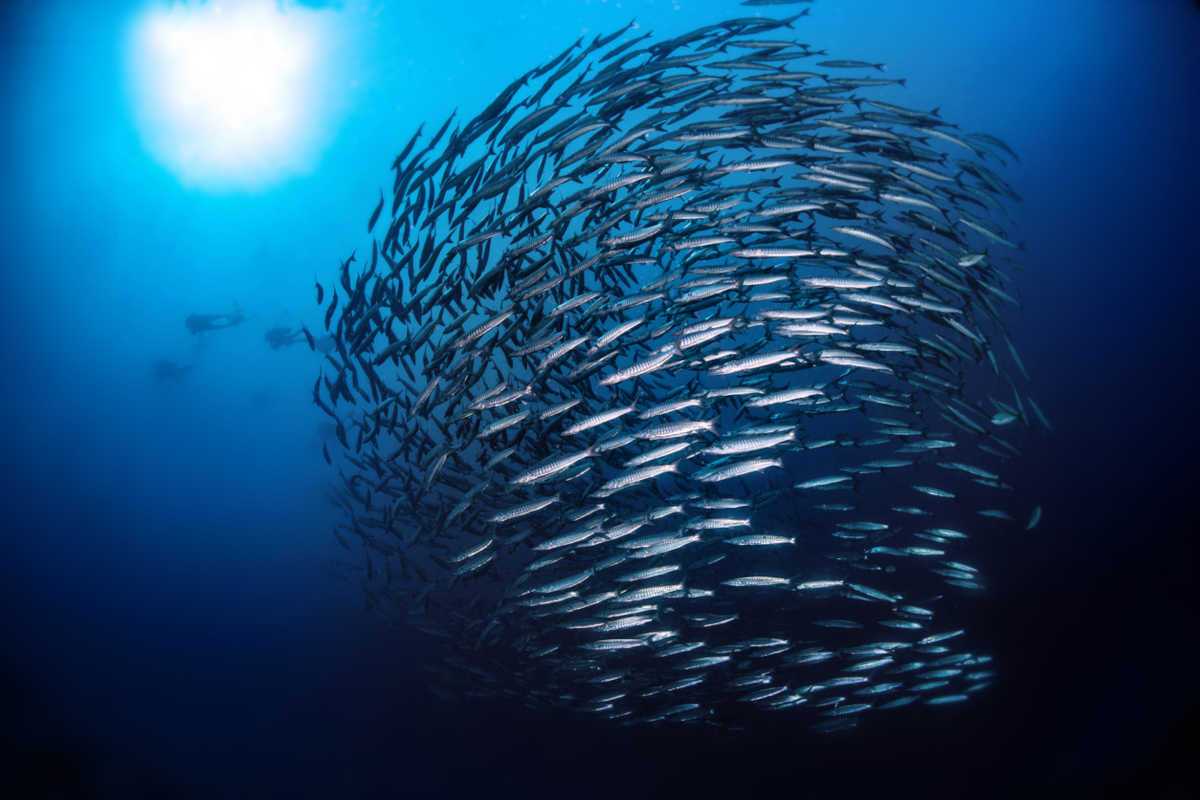 Oily fish are one of the best food sources of omega 3 fatty acids – but most of us don't eat enough.

What does omega 3 do?

Omega 3 fatty acids have different effects in the body depending on their length. Omega 3s are converted into substances (series 3 prostaglandins and series 5 leukotrienes) that help to reduce inflammation.5

Some staple foods such as margarines, bread and milk are fortified to contain omega 3 oils, although these are usually added in the form of the short-chain omega 3 ALA. This helps to boost omega 3 intakes for those who do not eat much fish, but only a small amount is converted in the body to the long-chain EPA and DHA which provide the proven health benefits.

Omega 3 fish oils (or algae oils if you are vegetarian) remain the best source of EPA and DHA.

The long-chain omega 3 fatty acids, EPA and DHA, have a number of approved claims relating to heart, brain and eye health.

Good intakes of fish oil from either fish or supplements were found to significantly reduce the risk of death from heart attack, sudden cardiac death or stroke. Benefits were particularly pronounced for those who had already experienced a heart attack, and helped to prevent a second one from occurring.6

This may be due to a protective effect against abnormal heart rhythms. At least 15 studies show that taking fish oil supplements has favourable effects on heart rhythm (heart rate variability), which may be an important mechanism in preventing sudden heart deaths.7

A daily intake of 3g of EPA and DHA has also been shown to improve blood pressure control, possibly through effects on blood vessel dilation. Data from 8 studies involving 56,000 people show that having a good circulating level of omega 3 – especially DHA – reduces the risk of developing hypertension by 23%. Interestingly, there was no significant association with dietary fish intake, suggesting that omega 3 fish oil supplements were important.9

Lowering triglycerides (a type of circulating fat) also helps to protect the heart and circulation from hardening and furring up. Triglyceride lowering is achieved at a dose of 2g DHA and EPA per day.

A recent study of 950 heart attack patients over three years found that those who had high levels of omega 3 in the blood at the time of their infarction had a lower risk of complications. The team of researchers came to the conclusion that regularly consuming foods rich in omega 3 fatty acids, from both animal and vegetable origins, strengthens the heart's membranes and helps improve the prognosis in the event of a heart attack.10

DHA plays an important structural role within brain cell membranes, improving their fluidity so that messages are passed on more rapidly from one cell to another. This makes DHA vital for the development of normal brain and eye function during fetal development, especially during the last three months of pregnancy.

How much omega 3 do I need?

This amounts to two servings of oily fish a week, but the majority of us do not meet this target. Those at particular risk of low intakes are vegetarians, vegans, children and older people.

Supplements may help to make up the shortfall, but it's important to choose carefully, from a brand you trust. Sustainability is also top of mind for marine products, so look for fish oil supplements that have been awarded Friend of The Sea or Marine Stewardship Council certification.

If you are vegetarian, vegan or allergic to fish, then algae oil – from marine algae – is a good source of EPA and DHA. A typical capsule containing 250mg algae oil can provide 100mg of DHA. Flaxseed oil – from mature linseed – will provide the short-chain omega 3, ALA, of which some will be converted on to the beneficial long-chain forms.

Can I take too much omega 3?

Because of levels of marine pollution, it is possible to eat too much fish. There are particular concerns around mercury; some Australian research has shown that mercury levels in some species, particularly shark, could be higher than previously thought.12

The Australian guidelines for safe levels of mercury in the diet were revised in 2004 by Food Standards Australia New Zealand (FSANZ).13 There are also stricter guidelines for women who are pregnant or planning to become pregnant.14

This particular concern does not apply to fish oil supplements that are made to pharmaceutical standards (GMP), as these are filtered and checked to ensure they are free from pollutants.

However, when it comes to a safe amount of omega 3, Australia have adopted the guideline from the US Food and Drug Administration which describes 3000mg/day for adults as 'Generally Regarded as Safe'.15

N.B. Because of their blood-thinning effect, people with clotting disorders or who take blood-thinning medication (such as warfarin) should seek advice from their doctor before taking an omega 3 fish oil supplement. However, no significant increase in blood clotting time is expected at total daily intakes of EPA and DHA of 3g per day or less.16